D2L coLab is a group project for HCI 430: Prototyping and Implementation at DePaul University.

D2L coLab is an app designed to allow students to communicate about group projects. The app is intended to help in-class and online students collaborate on assignments. The app will integrate with the D2L (Desire to Learn) learning-management system, which is used by universities nationwide.

The app gives students the ability to set up video meetings with classmates, participate in online chat sessions, have easy access to assignments from instructors, collaborate on shared documents, and assist with project management by allowing students to create and assign tasks to other team members and manage a team calendar. The app is available on both desktop and mobile in order to meet students where they are.

Our group began working on D2L coLab by brainstorming app ideas together. We settled pretty quickly on the idea of doing an app that integrates with the Desire to Learn (D2L) learning-management system that would allow us to work better in a group, because the frustrations of group work is something we were all initimately familiar with.

We began thinking of features for our app by doing a round of design charettes. Each memeber of the team sketched out some simple ideas of what the app would look like and what it would do. 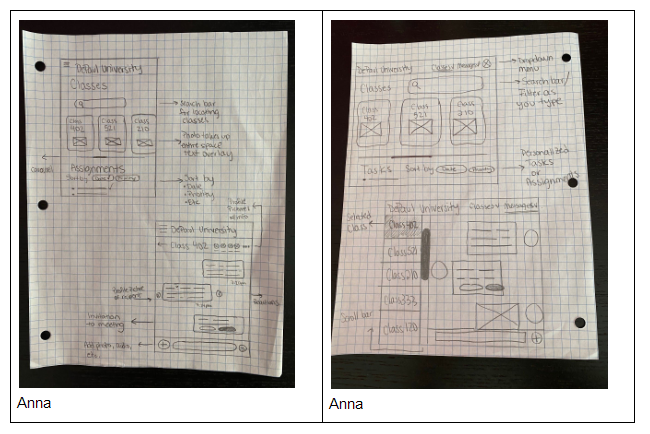 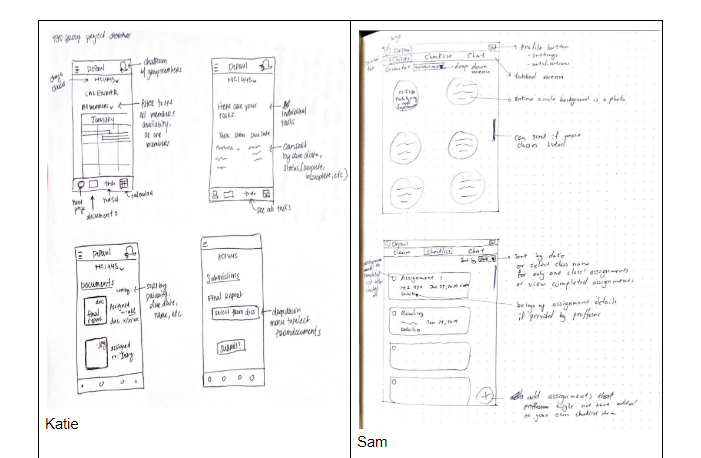 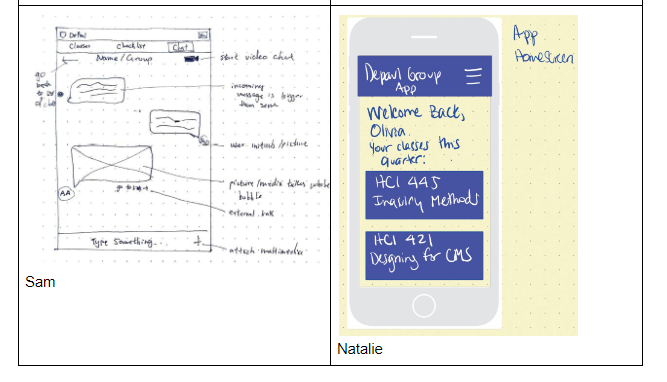 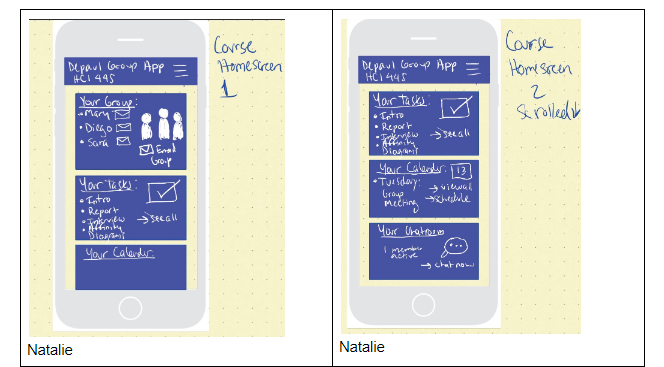 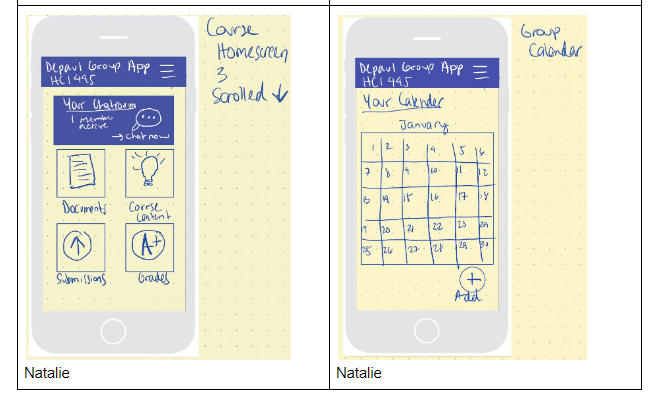 After we were done with our individual sketches, we came together as a group and discussed how we could combine all of our great ideas together. We then created a single sketch that showed our ideas. 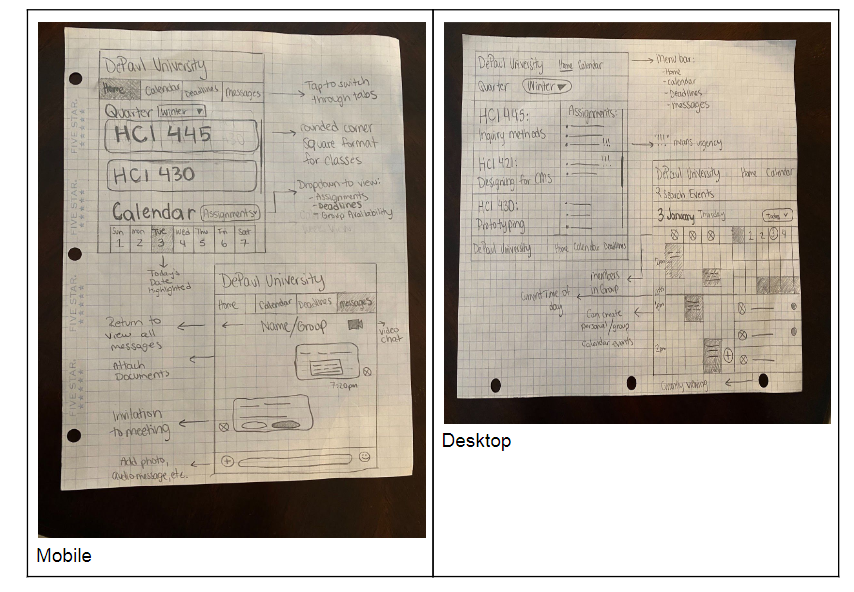 After we completed the sketches, we had a better sense of who our ideal users would be, so we were able to create some scenarios and personas.

With our personas, scenarios, and sketches in hand, we were ready to present our idea to our stakeholders (i.e. our professor, our classmates, and a couple of very gracious alums from Fuzzy Math) in order to earn their buy-in and get the green light for the project.

To accomplish this, we created a digital narrative prototype (aka, a video) that presented our ideas in their full glory.

After getting the green light, we decided to start building out prototypes of our app so that we could conduct usability testing with potential users.

We created the prototypes below so we could conduct usability testing. Figma was chosen for prototyping due to group member preference. 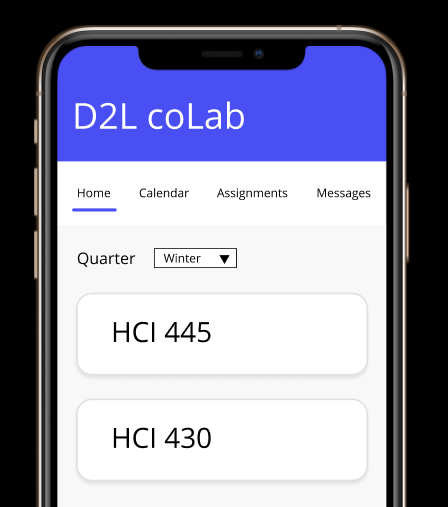 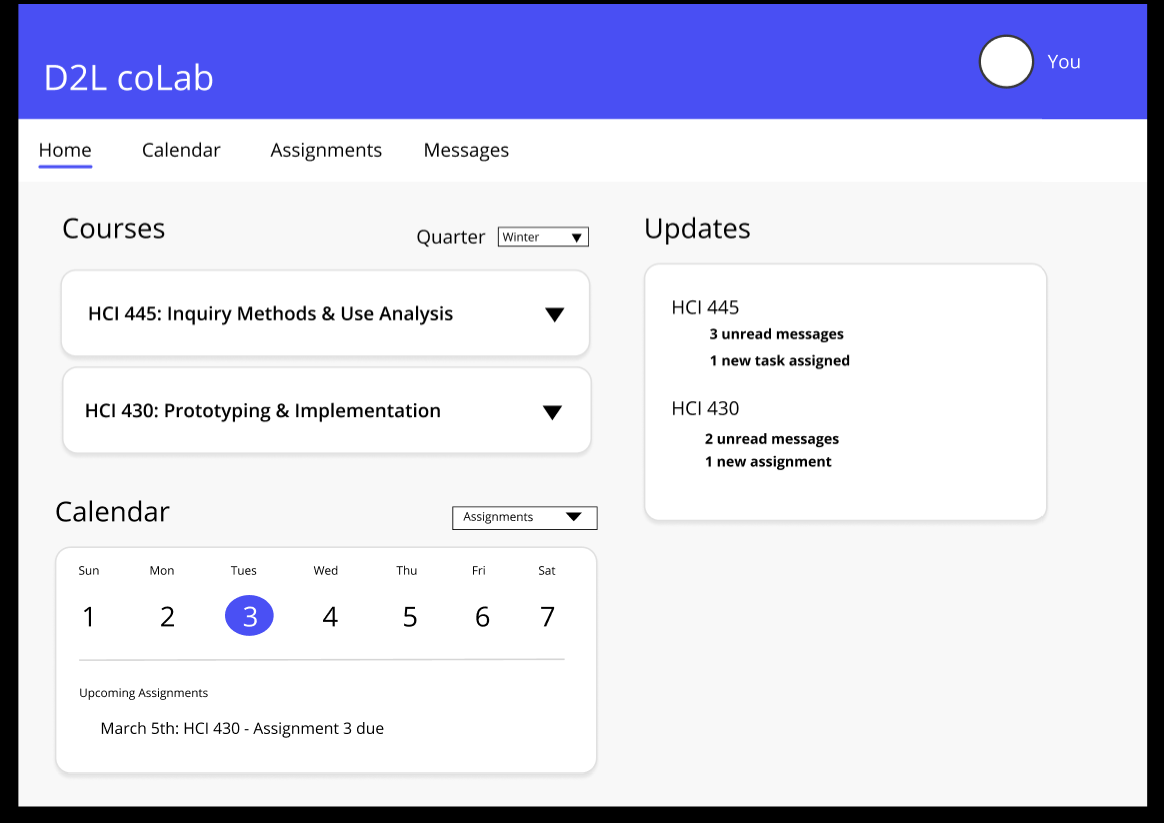 We created a test plan and set out to answer the following questions:

Users were asked to complete the following tasks:

Participants were asked to rate each task they performed on a scale of 1-10, with 1 being easiest and 10 being most difficult.

The results of our user testing showed the following insights:

The following qualitative observations were also made:

See the full usability report with recommendations and next steps.

After discussing the results of our user testing, we had a clear idea of the top areas to focus on in order to improve the usability and user experience of our app. We needed to improve the mobile experience, clarify the difference between “assignments” and “tasks,” and make it easier to create a meeting via the chatroom.

Our group is currently working on incorporating these ideas into a high-fidelity prototoype that will undergo another round of user testing . It is our hope that additional testing will allow us to create an app that provides a seamless and intuitive user experience.